Nutley is a great town located 12 miles outside of NYC, It also has a lot of history and many larger historic homes that we sell in Nutley NJ, and we have a formula on how to do just that.

Nutley has around 12,000 homes in the township and a large majority of those homes were built during the turn of the century, wealthy business men from NYC would build these huge victorian summer homes with large front porches and most were done during the Victorian Era, many are Lambert built homes that were designed and built by William Lambert, he was president of the Nutley Realty and a noted architect and author of a book entitled Suburban Architecture, He is credited with giving Nutley much of its unique character.

And how can we not mention one of Nutley's most famous residents, Annie Oakley, here is her house on Grant Ave in Nutley NJ below. she was also a frequent visitor to the Bedford Estate located at 232 Highfield Lane in Nutley. 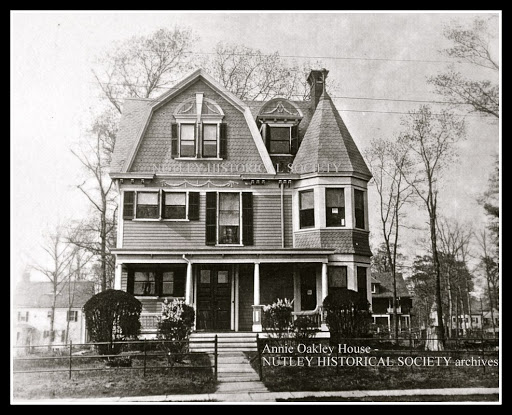 One of the oldest homes that I worked on was 5 Enclosure, located in the former Artist Colony of town, but was built in 1850 and the foundation was brownstone carved out of the former Nutley quarry, Nutley supplied many of the Brownstone block for homes in NYC, Brooklyn Queens Etc. 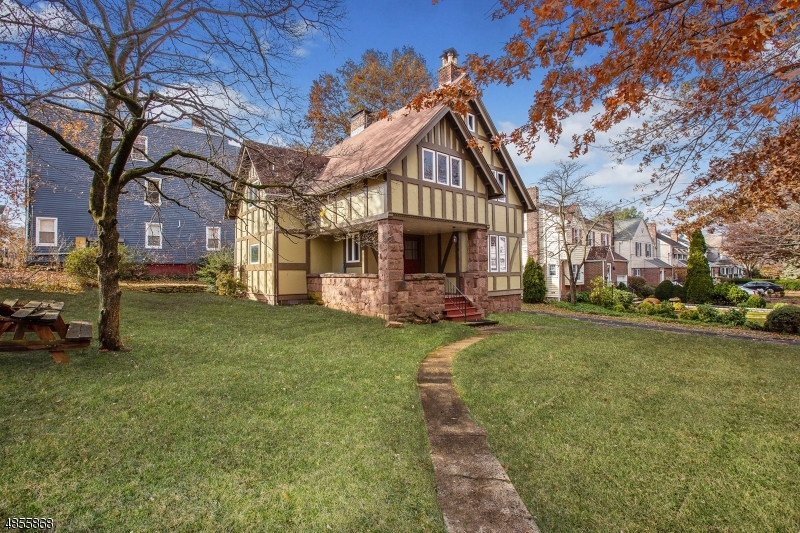 5 Enclosure (Above) was built by a Swedish Architect named Eric Von Strom, He built this home for his family, he Married the daughter of the prominent Satterthwaite Family who owned a large swath of land off of Passiac Avenue. This home was on the market for a little over a year, the reason in my opinion is because the last two listing agents were from outside of town and did not market the home properly, I always sell the town the home is secondary to most buyers. We embarked on a massive online marketing campaign, social, video and retargrting ads, the biggest asset of this home was the interior it was magnificent!

We shot the whole home and did a walkthrough video which can be seen here and we held multiple open houses over a 4 week period and even held a "Santa Open House" which we did 2 weeks before Christmans and that is how we found our buyer on this home!

Thre are a number of things that we do, professional photography and video as well as all the channels of Social Media, Facebook, Instagram, You Tube, Linked In, Snapchat and now TikTok, We Market Your Home Daily!

Another Great Home That Was Once The Carriage House For The Satterthwaite Estate Was 400 Passaic Ave, Built Also in the Mid 1800's (pictured below) 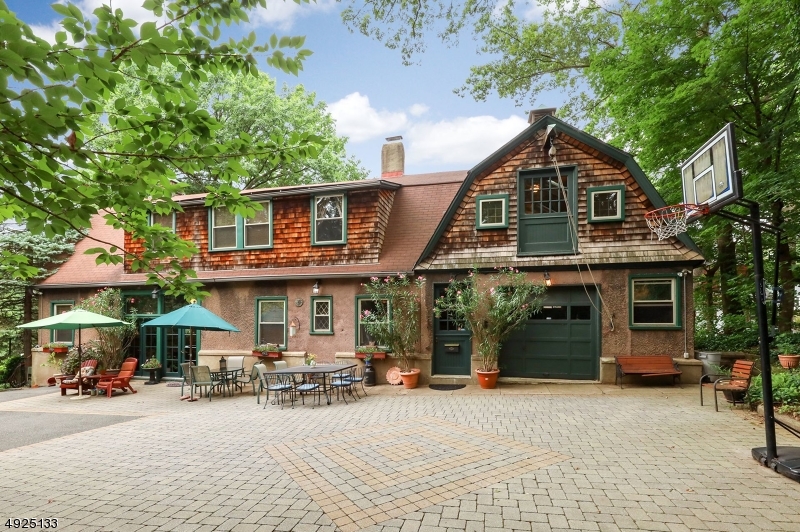 Again we knew that we were oging to have to run the same marketing play on this home with a twist, because it did have a secret stair case that had to be used during prohibition and steeped in history we did our social media campaigns as well as our video marketing and out 3D Tour but we also hired a writer that wrote an amzing article about the home in the Nutley Journal and we actually found our buyer locally a Nutley resident, again a great story always sells better.

5 Maple Place in Nutley was not really and older home, but it is in the Luxury Market in Nutley, that usuually starts around $600k and up. 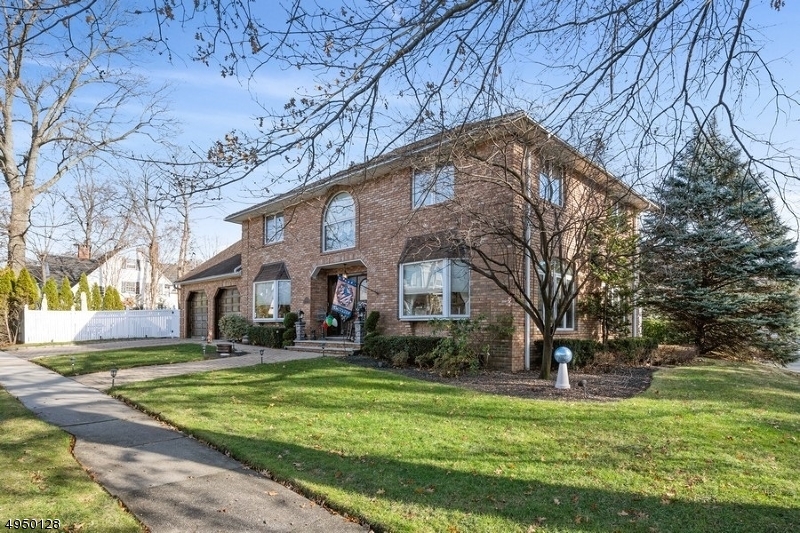 This home was on the larger side and was family owner for around 30 years, but we had to again come up with a marketing strategy, and we leveraged our digital marketing and social marketing as well as a re-targeting campaign, the video of the home can be seen here, we also produced a 3D walkthrough tour as well and that can be viewed here.

One of our latest projects that we worked on and sold was the Bedford Estate located at 232 Highfield Lane in Nutley New Jersey, This was the larges home sold to date in Nutley NJ. 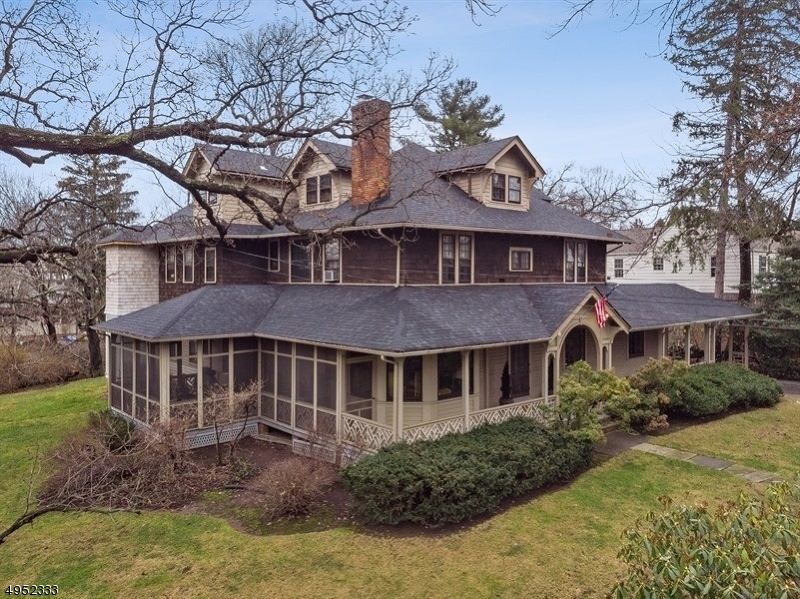 We produced a lot of content for this home, it was also in need of much repar so the only thing we really had to work with was the history of the home and the area, the lot is one of the largest in own and the price point was around 900k at the time we produced several articles, online media, videos and a lot of work went into finding a buyer, we also had multiple offers.

We created a ton of media for this home in Nutley and we focused on the history and size of the property, see the video we produced here and we published a two page spread in the local paper that included a whole write up about the home. (see below) 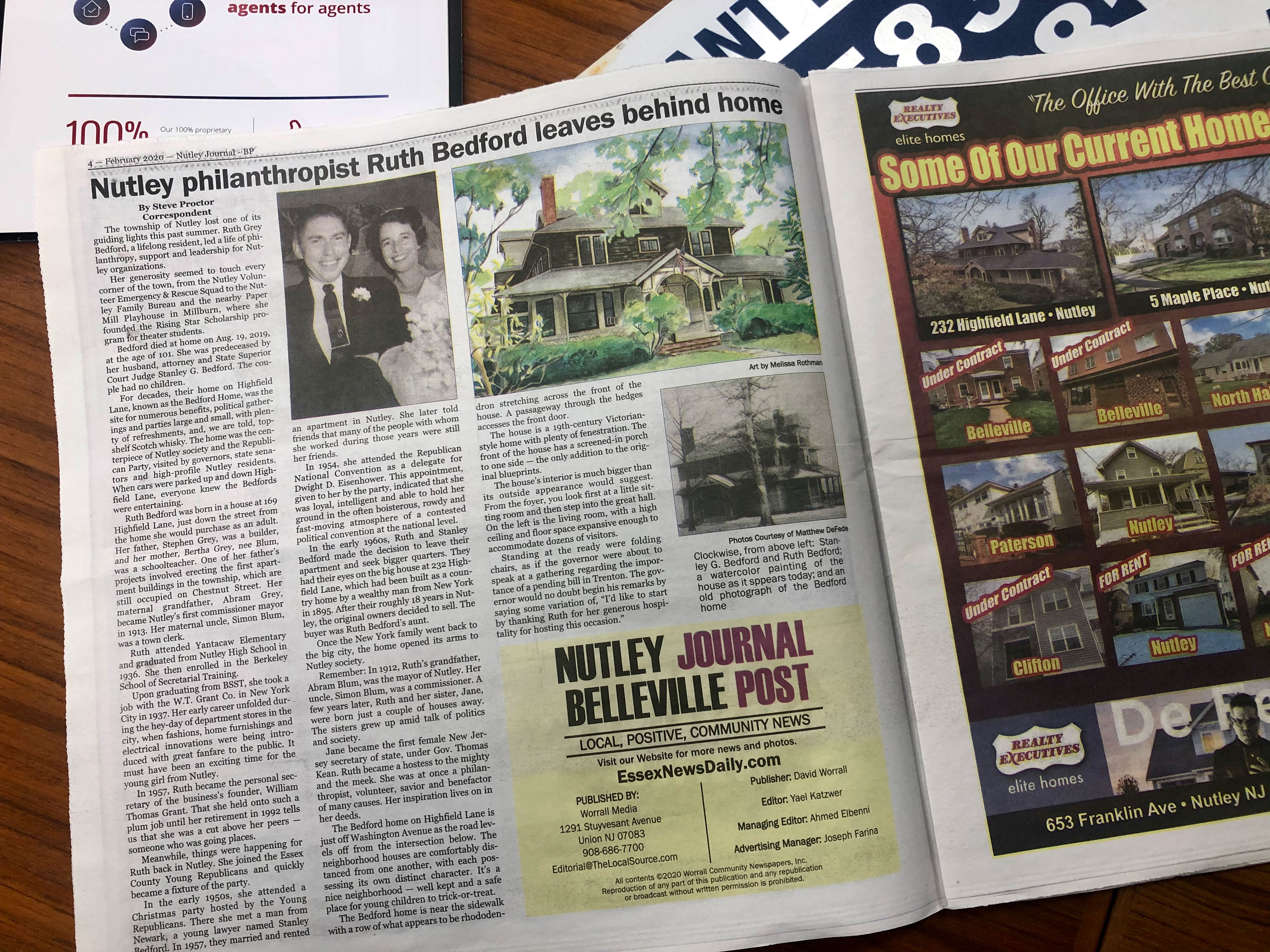 Our strategy consists of a very aggressive digital media campaign leveraging social media, video and more until we find the buyer for your home, we have the most aggressive marketing strategy and the best online presence when it comes to selling homes and real estate in Nutley NJ.

15 Cathedral Ave was another older home that was quite unique, this home was a little challenging because of its location and back driveway, but we got it done rather quickly. 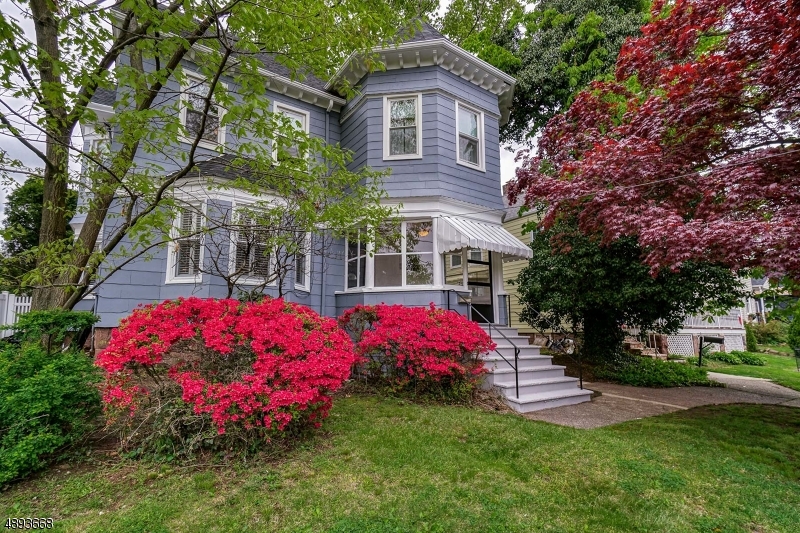 For more information or if you want to jump on a ZOOM call we can discuss futher, I can be reached at 862-228-0554. www.RealtyExecutivesEliteHomes.com