58 Vreeland Ave in Nutley, Living In The Yantacaw Section

What was happening in 1901 in America?

• Jan 1, The 1st annual Mummers parade was held in Philadelphia.

• Jan 23, First female intern was accepted at a Paris hospital. 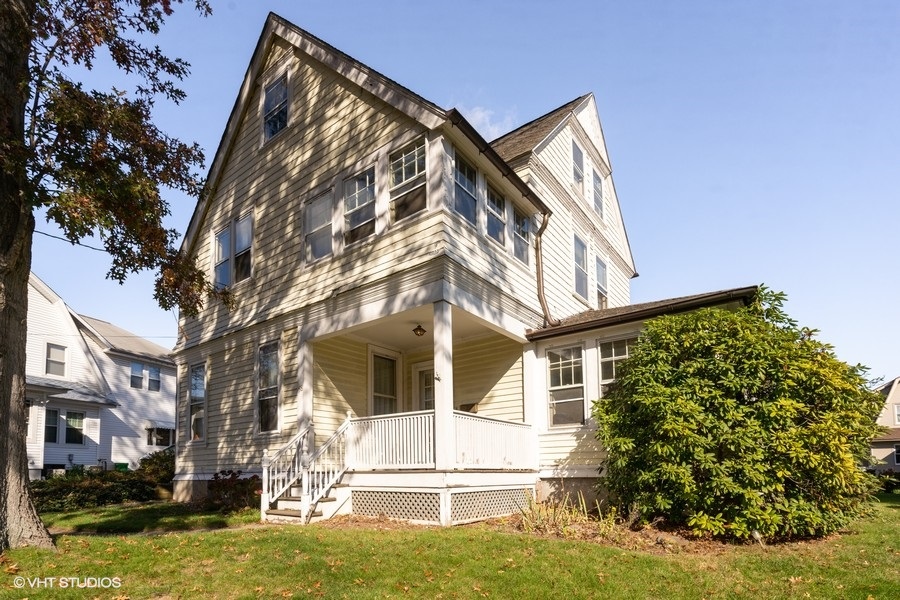 With the advent of the railroad to towns surrounding New York, came a need for a true suburban home for commuters. William Lambert, president of the Nutley Realty and a noted architect and author of a book entitled Suburban Architecture, met this need. He is credited with giving Nutley much of its unique character. Lambert's style, beauty, originality and reasonable cost met this need as exemplified by the 500+ homes he built in sections of town known as Prospect Heights, Nutley Park and Nutley Heights. Other structures included St. Paul's Congregational Church, Nutley Post Office (now Starbucks) and High Street railroad station (now demolished). As the mills and quarries were phased out as the town's major industries, these homes enabled Franklin/Nutley to become a haven for New York commuters, and a new spirit of camaraderie was born.

58 Vreeland Ave is a 3 Bedroom 1.5 Bath home with large rooms, high ceilings and a very large property, located across from Memorial. located only 12 miled from NYC, Nutley is a great towm for commuters.