Honoring a Generation, a Gentleman and a Peer 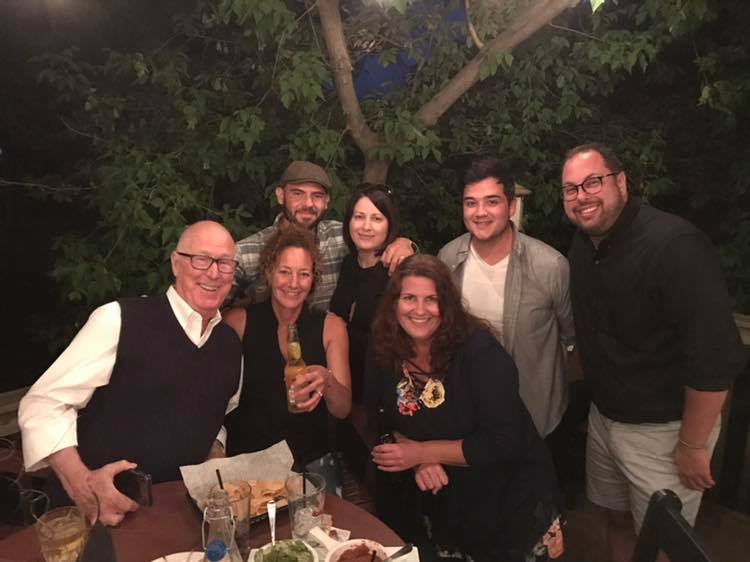 On November 9th, two of our Realty Executives Family Members will embark on the final Honor Flight of the season to Washington, D.C. to visit the memorials and experience a day of honor and thanks. Dave Delahunt and Dana Keegan are on the BRAVO flight, arriving back to Milwaukee at 9 pm Saturday night!

A message from Dana:

Honoring a Generation, a Gentleman and a Peer.

This month, I have been gifted an incredible opportunity to accompany one of our family members on his Honor Flight. It humbles me to the core to be able to share his story of courage, profound respect and honor of his country and tireless commitment to the men and woman in uniform each and every day.

On November 9, Dave Delahunt and I will embark on a journey to pay tribute to the countless men and women who have made the ultimate sacrifice in preservation of the freedoms we enjoy each day. The Honor Flight Network is an organization dedicated to providing veterans with honor and closure.  Over 200,000 veterans have been flown since 2005, representing WWII, the Korean War, and the Vietnam War.

Dave’s history with service to his country began in 1960 with the United States Air Force. An interesting fact during his service time, was that he served under three Presidents. Having entered the intelligence branch of the USAF during an election year, Dwight D. Eisenhower, was just leaving office as the newly elected Commander in Chief, John F. Kennedy took office. Sadly, just 3 years into his term, JFK was tragically assassinated, which prompted Lyndon B. Johnson to become the 36th President of the United States of America.

As a member of the intelligence branch of the USAF, Dave was stationed at a “listening post" in a defunct Nazi bunker off a remote airstrip in Turkey.  One of his most memorable moments came while flying an RB-47 (known as a reconnaissance bomber) on a Cold War mission over the USSR, when the craft took cannon fire over the Caspian Sea. Dave said it sounded like “kids banging on metal garbage cans.”

After his honorable discharge in 1964, Dave’s passion for his country and brothers-in-arms didn’t stop there. Actively involved with the American Legion post in Mequon, as the Salute Editor, he tirelessly champions for Veteran’s organizations such as the Wisconsin Homeless Veteran’s Initiative. One of his biggest successes for first responders was his pivotal role in bringing a K-9 unit to the Mequon Police Department. He and his wife Luan, endlessly fundraised to be able to provide officers with a K-9 cop to assist in narcotics detection, handler protection and area searches.

These flights are possible because of the generous donations made by people like you. Interested in giving? You can visit https://www.honorflight.org/donate-now/ to make a donation and pay tribute to a service hero. I would like to personally invite you to welcome home these most deserving heroes and join us at the airport the evening of November 9th. Our veterans have earned that honor and deserve our respect.

November 2019 will forever be a life changing month and a personal journey for us both. This is a flight for Dave and for my Dad, a Vietnam vet who will be with us in spirit. Dave, you’ve given me a gift that I would have never gotten to experience with my dad…I’m honored to be your guardian for the day.

Dave & Dana - we are grateful everyday to have you both apart of our #RealtyExecutivesFamily and we cannot wait to see you when you land!