Grand Facts About the Grand Canyon

The Grand Canyon is one of the natural wonders of the world, and with good reason.

Here are a few facts about the park that may surprise you:

Although scientists can’t really agree on the exact age of the Grand Canyon, some believe parts of it are 70 million years old!

~According to a study released in 2014, temperature history tests were performed that show at least one section could date back as far as 70 million years. However the general consensus was that much of the Grand Canyon is 5 to 6 million years old.

The oldest human artifact found in the park dates back 12,000 years!

~Some of the artifacts found included pots, jewelry, and animal figurines made from twigs. Some of the earliest Native Americans in the region include the Havasupai Tribe, who have been around the Grand Canyon for 800 years.

The Grand Canyon is so big, it can fit the entire state of Rhode Island in it!

Weather patterns in different areas of the park can be completely different!

Only 30% of the Grand Canyon’s caves have been explored!

~There are about 1,000 caves in the park, but only 335 have been explored and recorded.

The Grand Canyon is one of the most visited national parks in the USA.

Natural fires help maintain the ecosystem and are good for the Grand Canyon!

~Research has shown that fires are actually good for the ecosystem, help thin the forest, and recycle nutrients.

The Grand Canyon is filled with wildlife, including 373 species of birds and 92 species of mammals—and seven endangered species!

~There are also 8,480 known species of invertebrates, 58 species of reptiles, and 18 species of fish. The endangered species include birds, fish, and the Kanab ambersnail. 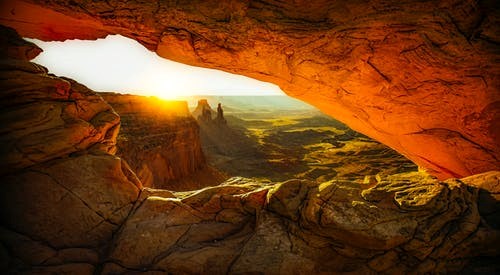