According to Goldman Sachs, the U.S. housing market may have already hit bottom. Download Article. Reported by the New York Times February 6, 2023.  "Instead of U.S. home prices falling 6.1% in 2023, which was their Jan. 10 prediction, researchers at the investment bank now expect national home prices to end 2023 down just 2.6%." 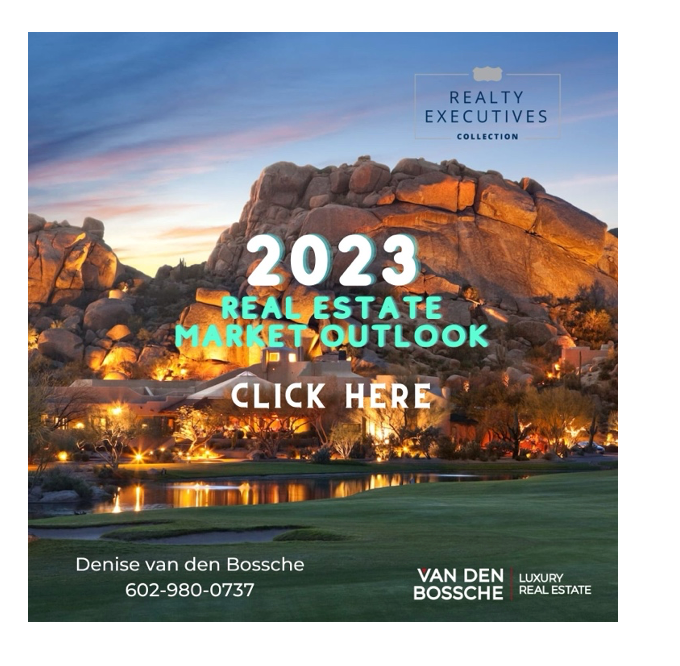 We are now entering the height of the Valley's buyer season with a continued shortage of inventory. Some markets are still hot, this depends on the price point and neighborhood. Owner's who have owned for two years or longer are still sitting in an excellent equity position, and over 65% of active listings were purchased more than 2 years ago.

All indicators point to a lull, rather than a crash, as the affluent start to reevaluate their long-term goals. Expect to see slower returns on investment, as buyers and sellers remain hesitant until the economy stablizeds; a continued movement to more affordable markets and watch climate change play an important role in where the affluent choose to purchase homes. Current Luxury Market National Report.

A real estate 'reckoning is at hand'

According to Inman, "Economists and other housing experts predict the market will be more balanced among both buyers and sellers. Home prices won't change much while mortgage interest rates will continue to drop."

The Emperor is Naked 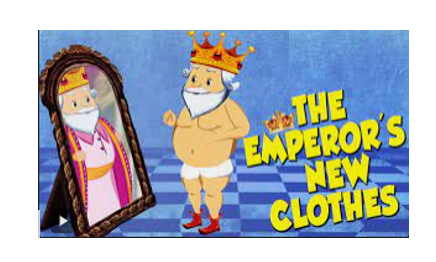 Do you remember when the little boy yelled, “The Emperor has on no clothes!”?  Well, if you listen to current media coverage of  the housing market, you’ll hear detailed descriptions of the finest gold silk you have ever seen. But even the slightest scrutiny will reveal that the man is naked and the headlines are hype.

The top story making my phone ring this week is Phoenix leads the nation in list price reductions.  Keep in mind this refers to the number of homes that have reduced their price, not the amount of reduction. In most cases the number was artificial to start with. But let’s be real, the number is based on a prior number of ZERO, since there were zero price reductions for the last two years, so of course any reductions would look like a huge jump. 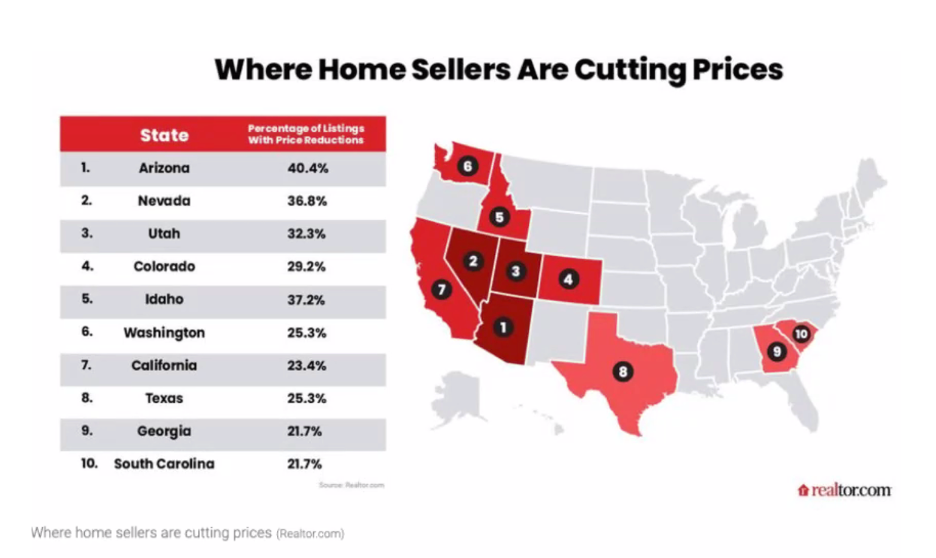 Prices hit their Peak this Summer

Over the last two years, buyers faced fierce competition. A shortage of inventory and historically low interest rates provided Sellers with offers above asking price immediately. This phenomenon obviously encouraged other Sellers to ask more than what they typically would have been happy with in a normal market, selling for normal reasons like downsizing or moving or illness of a family member.  It also encouraged Sellers who really didn’t care if they sold, to join the party, willing to sell if they got a high enough price. Once they started to get excited about a move, many decided to get realistic in order to make it happen, others took their homes off the market and turned their attention to the holidays.

Home Prices are Not Expected to Crash

According to the National Association of Realtors, top experts don’t believe home prices will crash anything like they did in 2008. Keep in mind, anyone who has owned a home for two years most likely has a lot of equity, that was the opposite case in 2008. Experts believe that home prices will moderate at various levels depending on the local market and the supply and demand in that area. That’s why some experts are calling for slight appreciation. However, even the worst case of 5.1% hardly makes a dent in the 40-90% appreciation of the last two years.

Mortgage Rates will Come Back Down

While mortgage rates have risen dramatically this year, the rapid increases we’ve seen have moderated in recent weeks as early signs hint that inflation may be easing slightly. Where they’ll go from here largely depends on what happens next with inflation. If inflation does truly begin to cool, mortgage rates may come down as a result.

When that happens, expect more buyers to jump back into the market. For you, that means you’ll once again face more competition. Buying your house now before more buyers reenter the market could help you get one step ahead. As Lawrence Yun, Chief Economist for NAR, says:  “The upcoming months should see a return of buyers, as mortgage rates appear to have already peaked and have been coming down since mid-November.”   When mortgage rates come down, those waiting on the sidelines will jump back in. Your advantage is getting in before they do.

Listen to the Experts

So, before you repeat the news anchors, take a few minutes to learn from the experts. Here are a couple good reports and predictions for the 2023 Housing Market.

Housing Market is anticipated to be Quiet in December 2022 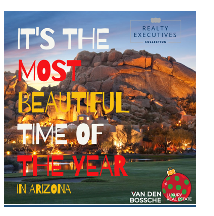 Silent Nights in the Housing Market

December 2022 is anticipated to be one of the quietest on record in terms of Phoenix Metro housing sales. The biggest change from last month is that supply has changed direction and is now declining fairly rapidly. Almost 7% fewer active listings than a month ago means sellers have less competition. 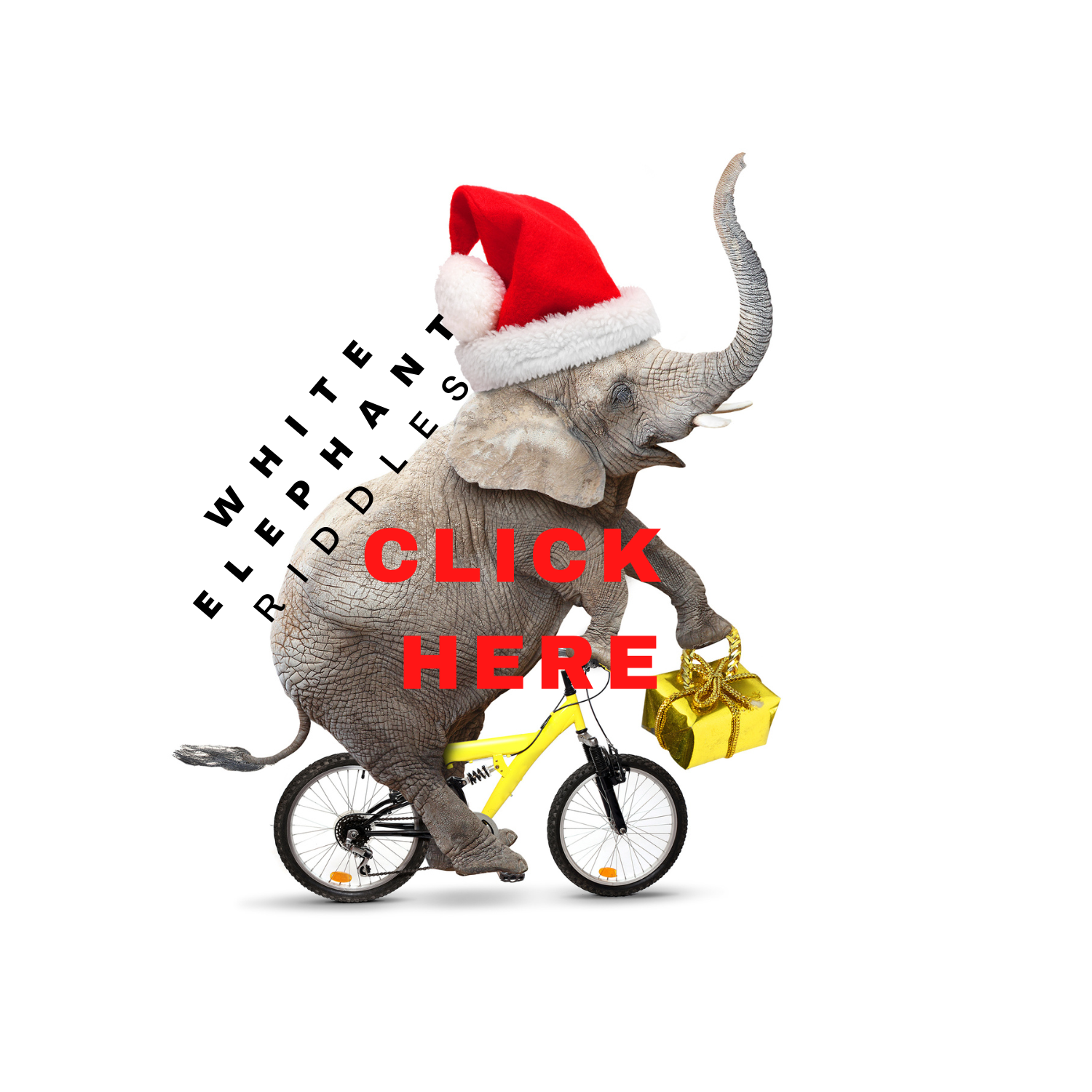 Mortgage interest rates have stabilized and if they were to fall meaningfully, demand might recover once the new year is well underway. However, no-one can really predict the next interest rate move with any confidence. For now we anticipate one of the quietest Decembers on record with few contracts signings, few closings and few new sellers lacing their homes on the market. -The Cromford Report Friday 12/3/22. Call me for specifics on your neighborhood. 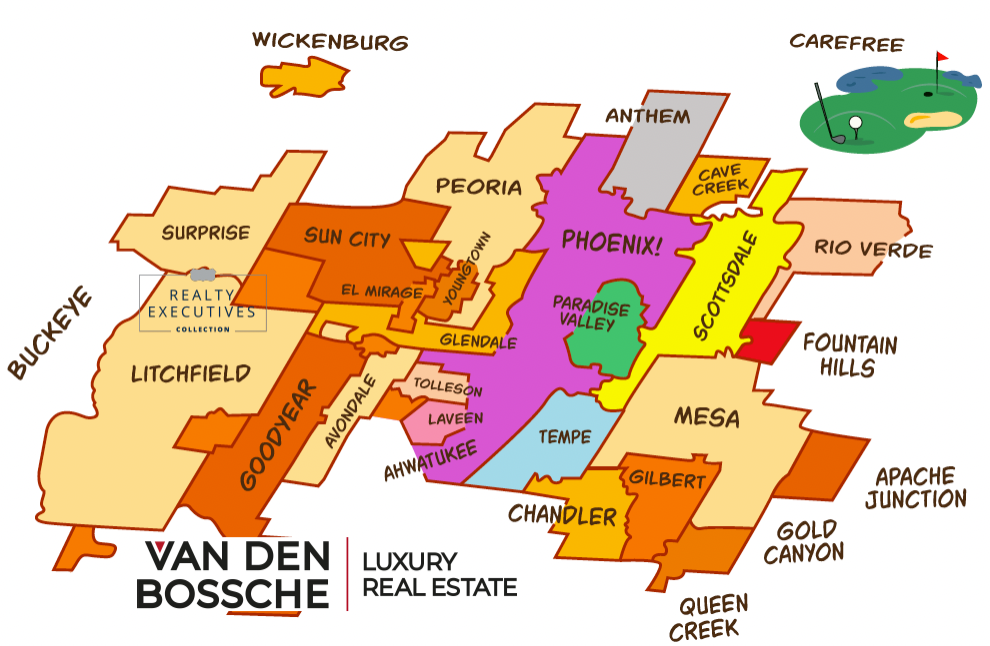 According to the City of Phoenix, the Valley tops the nation in population growth for the fifth year in a row. The Valley includes dozens of communities, townships and villages and an extremely efficient freeway system. I relocated here in 1982 for graduate school at ASU when the Valley was just 1.5 Million, and still find that it retains its "small town" charm. The communities all blend together and you may eat at a restaurant in Scottsdale, and have coffee across the street in Tempe. 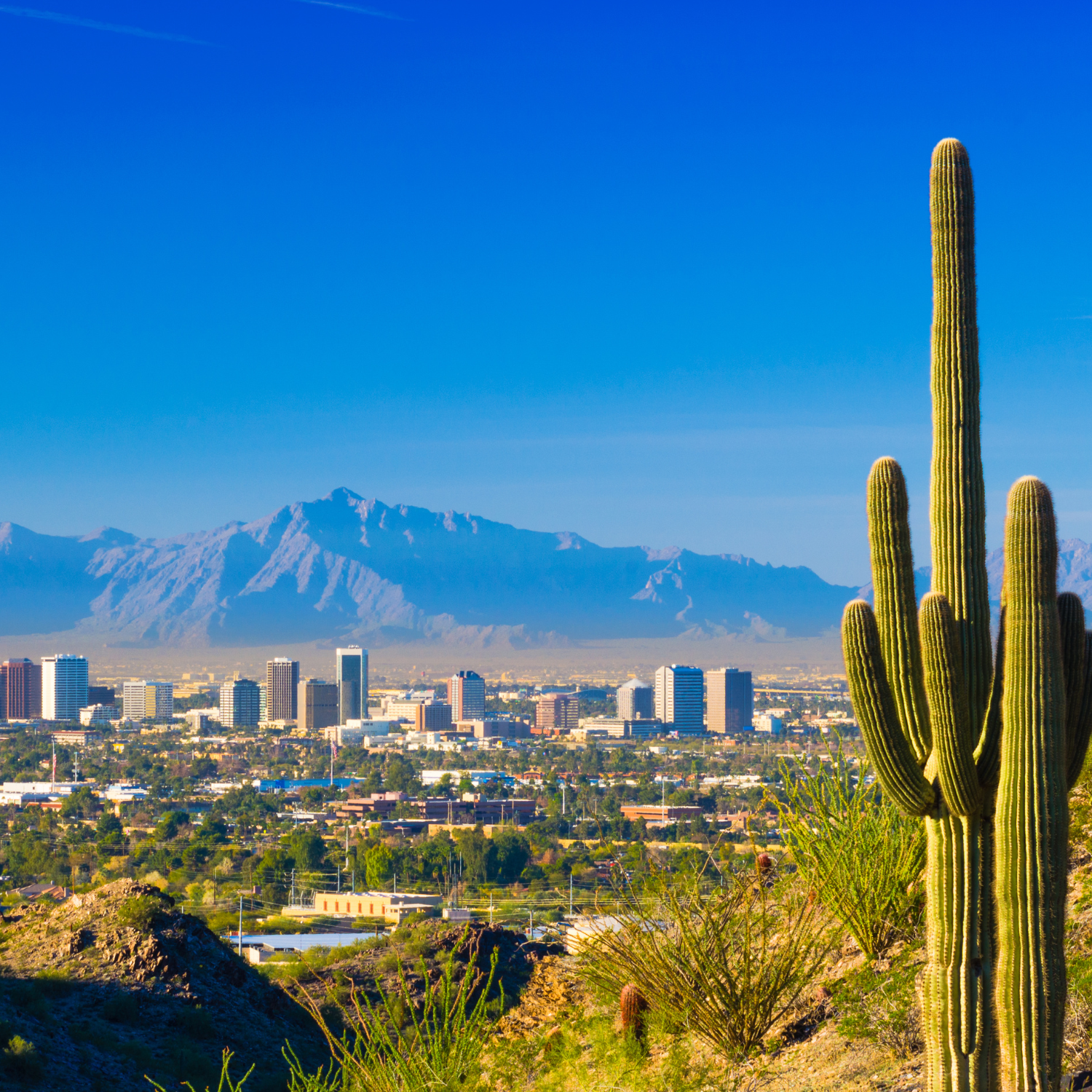 According to a Realtor.com report published December 5, Arizona tops the list of places sellers are slashing prices. In defining the markets that ranked in the study, “By and large, they offer an ideal combination of quality of life and outdoor amenities." Arizona led the list with price reductions on 40.4% of active listings. Having participated in this market for several decades, I believe 90% of these reductions are sellers who have been purposely investing in homes to flip in order to take advantage of the last two years of appreciation. Also included are sellers who really don’t care if they sell or not but would sell “for the right price,” and sellers who want to pocket what their neighbors did at the height of the market frenzy. The last two years has been very different than a normal market when sellers need to relocate due to changes in lifestyle or family needs.

According to azcentral on December 6, Taiwan Semiconductor, already under construction and dramatically changing the housing market in the northwest Valley, plans to expand their presence here. This will triple the company’s stake in Arizona from an original estimate of $12 billion to $40 billion. This will more than double the number of permanent jobs at the TSMC facility to 4,500. That is in addition to an estimated 10,000 construction jobs.

Other corporations investing in Arizona include a $20 billion expansion at intel’s Chandler campus, a $1.2 billion lithium-ion battery factory in Buckeye and a $100 million Corning factory in Gilbert. 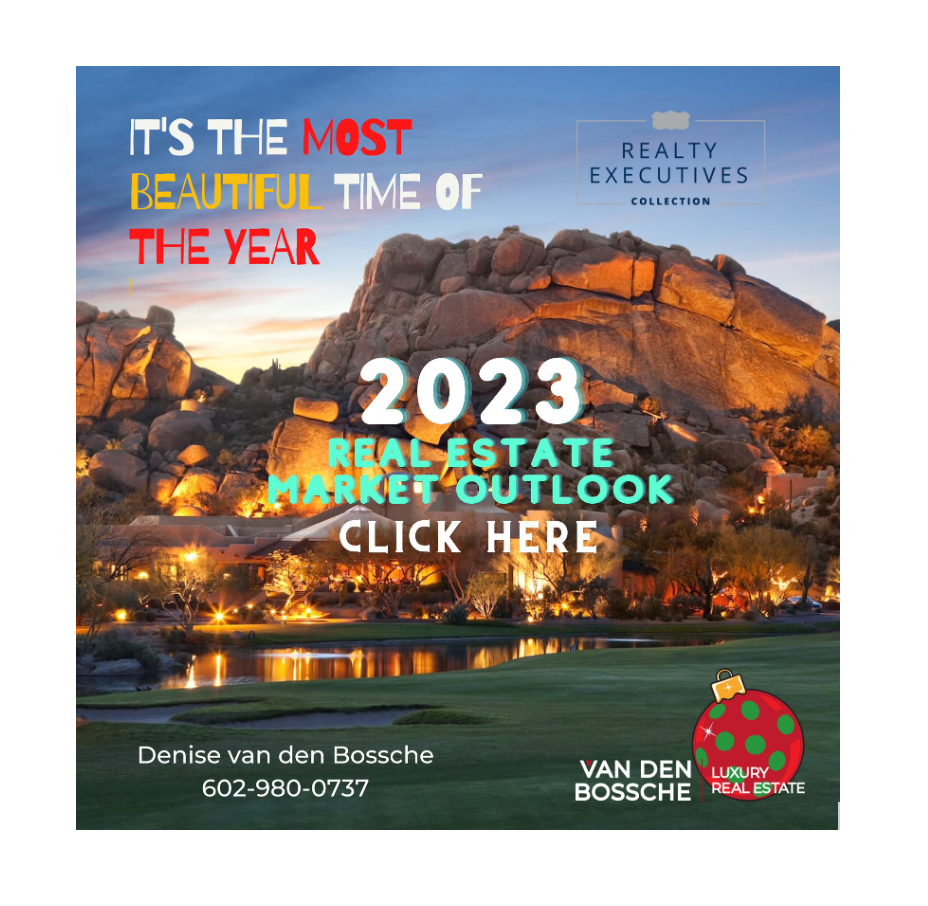 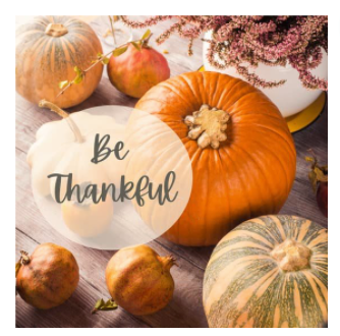 The 4th Quarter is historically the best time to be a buyer, and 2022 is no exception. YES, EVEN WITH THE LATEST INTEREST RATE HIKES! Date the Rate, Marry the House. Rates WILL come down. Talk to me about some of the ways you can negotiate rate buy-downs.  There is more inventory and less competition right now. And we still have a serious housing shortage here. When interest rates drop, as they must, we expect a quick bounce back into a strong Seller's Market. Check out my 2-minute November update here. Missed it? Check out  the most current market update here.

Sellers today do have a choice and those without an immediate need to sell have chosen to wait. This is reflected in some of the lowest counts of new listings coming on the market this time of year

. The key words for sellers in this market are condition (buyers are demanding full updates), price, concessions (such as rate buy-downs) and patience.

Regarding the effect of interest rates on the overall market, when mortgage rates hit 7% last week, 24% of all MLS listings in the greater Phoenix area had price reductions (over 4,400 listings).

Transfer of Wealth to a Younger Demographic 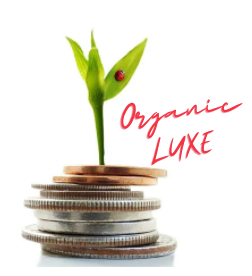 A new factor is coming into play, as over half of all homebuyers in 2022 were Generation X or millennials. Interestingly, a survey by Bank of America found that these young and wealthy consumers prefer assets like cryptocurrency, real estate, and private equity over investing in the stock market. "Individuals ages 21 to 42 with at least $3 million in assets have only a quarter of their portfolio in equities, compared with more than half for those who are older," according to the study. This is significant, as Baby Boomers are expected to transfer over $84 trillion of their wealth to Generation X and millennials between now and 2045, according to market research by Cerulli Associates. It is also contributing to our housing inventory shortage.

As far back as 1930, the gas cooktop was glamorized to be sleek, sexy, and sophisticated. A new generation of homebuyers, focusing on more time at home raising young families are switching to induction as a healthier and safer option. Gas generates carbon monoxide, formaldehyde (a carcinogen), nitrogen dioxide (NO2, a respiratory irritant and asthmagen), and other nitrogen oxides into our homes, and our lungs. It also requires constant supervision (during which time toxins are the strongest). Induction is quicker, easier to clean, with the ability to set a precise temperature and no open flame risks for children, tenants, or the elderly. Full Article.

One thing remains constant and is even more true than ever: Your Home Equity is a significant asset in your portfolio and you deserve expert guidance.  Is Now a Good Time to Buy or Sell a Home? Call Denise 602-980-0737, celebrating a nearly 40 year career in Metro-Phoenix Real Estate.