Phoenix is home to 36 residential historic districts as of 2019. These areas have received designation as Historic Preservation overlay zoning. This offers protection, and frequently, funding to those looking to restore some of its rich history. Here are some of the most popular.

Average price of homes for sale: $683,000 Cross streets: Encanto-Palmcroft is located between McDowell Road and Encanto Boulevard, between Seventh Avenue and 15th Avenue. Technically, the area south of Palm Lane is Encanto and the area north is Palmcroft. When we think of luxury historic living in Phoenix, Encanto-Palmcroft always comes to mind. The residents of this picturesque neighborhood comprised of 330 homes dating as far back as 1927 have become accustomed to everyday pedestrian gawkers, seasonal home tours, and the occasional film crew. While the homes vary in revival style, from tudor and colonial to pueblo and ranch, this labyrinth-like cluster of homes is constantly well maintained 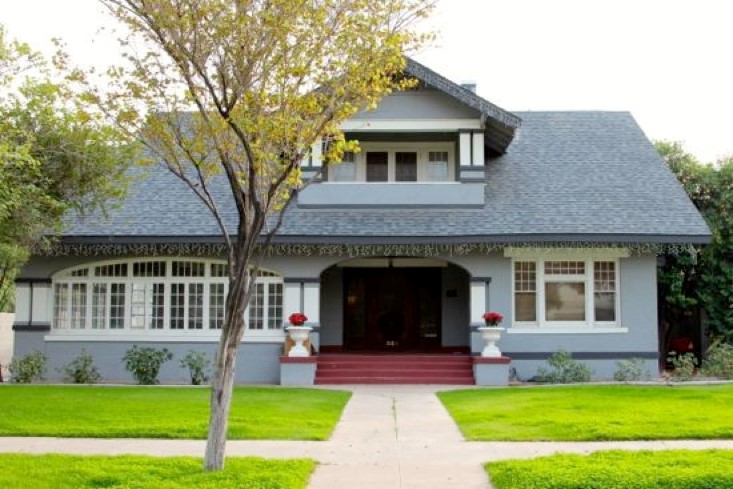 Average price of homes for sale: $499,000 Cross streets: Roosevelt, not to be confused with Roosevelt Row, is located between McDowell and Fillmore streets, between Central and Seventh avenues. One of the oldest neighborhoods, which predates Arizona's statehood, was a residential destination for Phoenix's early movers and shakers and incidentally the first Phoenix neighborhood officially to be designated as historic. The houses predominately resemble California bungalows with features like sloping roofs, attic windows, chimneys, and generous porches.

found between McDowell Road and Roosevelt Street, between Seventh and Grand avenues. The full scope of F.Q. Story's 602 homes is hard to grasp thanks to the interruption of Interstate 10. But regardless of the changes that have occurred since its developer, Francis Quarles Story (hence the name), first began construction in 1920, the historic neighborhood has retained its charm. These quaint historic homes are generally on the smaller side and come in a variety of styles including tudor, Spanish revival, and the early twentieth century bungalow.

Average price of homes for sale: $447,000 Cross streets: Willo is bound between Thomas and McDowell Roads, between Seventh and Central avenues. 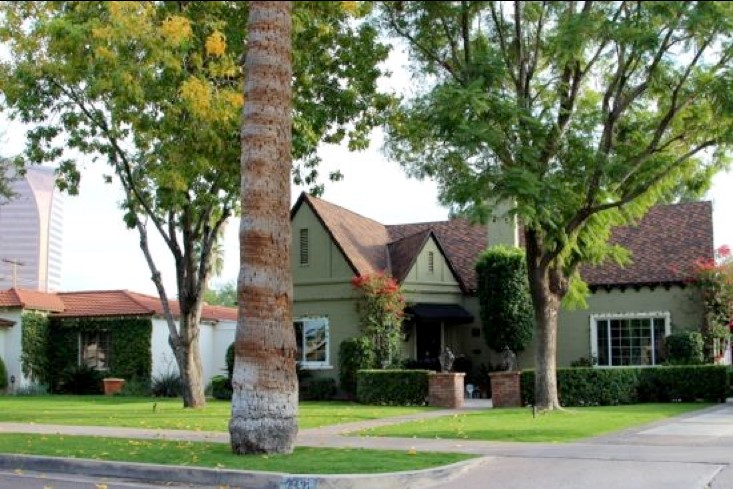 Despite all the commercial development around this early twentieth century 'hood, Willo has managed to retrain its sweet and surprisingly quiet demeanor (we credit the one-way streets, roundabouts, and speed bumps in part for that). Homes in this historic neighborhood have narrow lots that extend backward, giving residents space without being spread out. Featuring such styles as tudor, American Colonial, Spanish revival, and pueblo, Willow is as eclectic as it is adorable.

A favorite of the LGBTQ community, over the last 15 years Melrose District calls itself the top "gayborhood." LGBTQ business have been a catalyse for development, including The Curve At Melrose, 1 204-unit luxury apartment community that has brought more residents and business to the area since opening spring 2018.

“I always refer to Melrose as the starting point for gay tourists,” says Tom Simplot, Phoenix's first openly gay Phoenix City Councilman from 2003-2014. “There are funky shops, great restaurants and fantastic night life all within walking distance from each other.  I would compare Melrose to early Hillcrest in San Diego, or Wilton Manors in Fort Lauderdale."

Behind the hustle and bustle of one of central Phoenix's most happening corners, Central Avenue and Camelback Road, lies the scenic Windsor Square. Although development of the area began in the late 1920s, many of the homes were ultimately built in in the 1940s, due to the financial constraints of the Great Depression and World War II. As a result of delayed development, the styles of the homes are fairly varied but, for the most part, custom designs have been well-executed and the exterior are extremely well-manicured.

THINGS TO DO DOWNTOWN PHOENIX