A Father's Legacy - How fathers affect who we become

A FATHER'S LEGACY - HOW FATHERS AFFECT WHO WE BECOME

This day, I reflect on the wonderful man that taught me to be individual I am today.  Even though he is now my Angel, I know he is still sending lessons to me from over the rainbow.  I feel his presence and guidance daily. 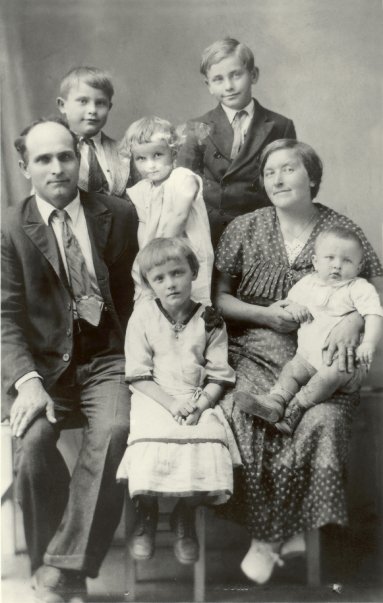 Father's Day is set aside to honor our Fathers and to enjoy family.  My Father was one in a million!  Born of Czech immigrants, Henry Joseph Bratsky, was truly a "Renaissance Man".  He did not know it, nor would he have cared ~ but he was.  This man of the earth had a huge impact with the small rural Montana town we lived in.  He naturally loved everyone and everyone was his friend.  Actually, you hear it often, but he NEVER met a stranger!  He always found something in common and was able to talk to anyone.  He had the innate ability to make the BEST of any situation. 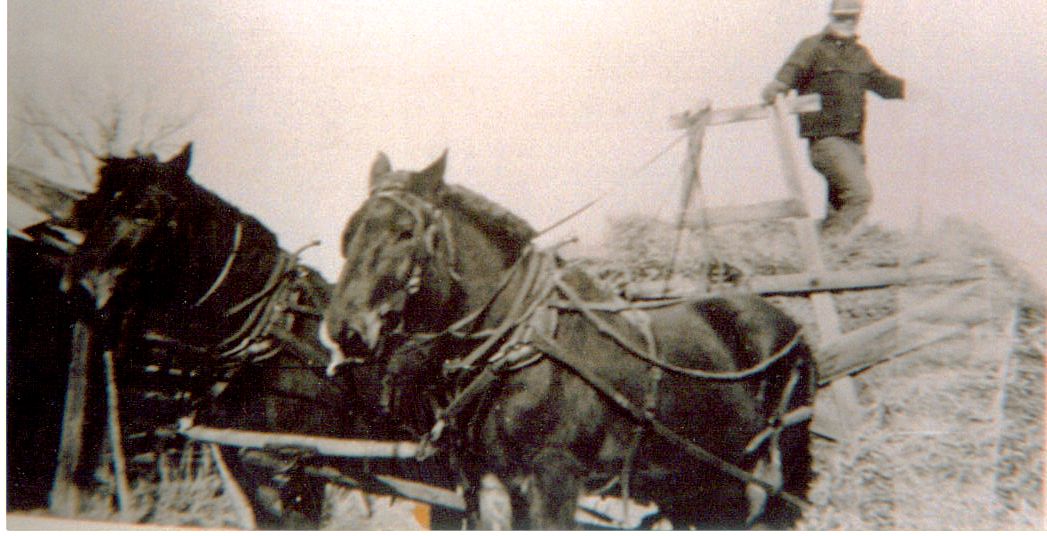 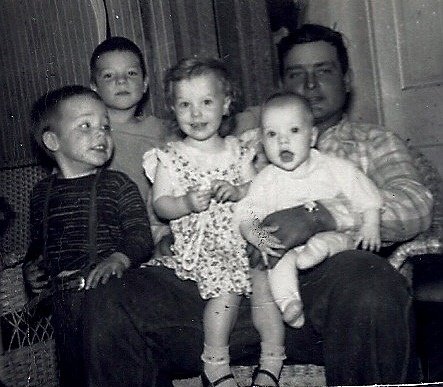 Being head of the household, with four young children and a wife, Dad had a tremendous responsibility to provide and produce.  Farming was a hard, but good way of life and a great way to grow up.  Learning the benefits of hard work, the consequences due to lack of discipline, along with the joy and pain of the circle of life were a few of the numerous lifelong lessons I have carried with me along with way.  In the 1950's money was scarce but hard work was not.  Dad realized that the crops and the animals we raised were not going to provide enough for his growing family.  As a consequence, he knew he would have to seek full time employment, while continuing to farm the beautiful land he owned.  He purchased the family homestead along the Clarks Fork River from his uncle.  Shortly after, he secured a job with the federal government, working for the BLM ( Bureau of Land Management) for a number of years in the early to mid 1960s.  With only an eighth grade education, Dad was able to engineer roads throughout all of the Pryor Mountains ~ figuring out land-grades, location of turns, creating navigation up and down the small mountain trails and so much more.  Negotiation between feuding neighbors was imperative in gaining access to lands that were needed for the roads.  He was able to keep peace without the use of force in order to complete the road project.  My Dad was brilliant and humble.  He had a way about him, even in conflict, to remain calm and kept his wits.  His ability to think on his feet and act accordingly was an incredible asset.  He was able to resolve the disputes with all the parties involved feeling like they had won in the end.  Dad also appreciated the additional duties of his position with the BLM. He counted and kept track of the Pryor Mountain Mustang herds that resided in the Pryor Moutains for centuries.  He loved their beauty, resilience, and fierce sense of pride.  It was a treat every time he asked if I wanted to head to the "Pryors" to count horses.  I was the first in the truck, right beside my Dad, listening to every word of wisdom and wit.  He knew each band of horses within the herd and had names for all of them.  It was fascinating for this little girl and truly a treat. 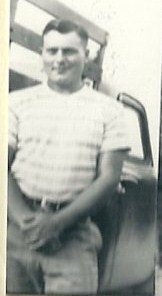 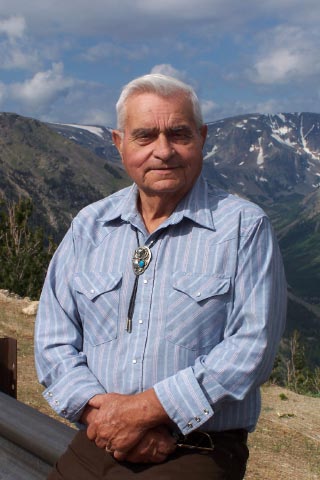 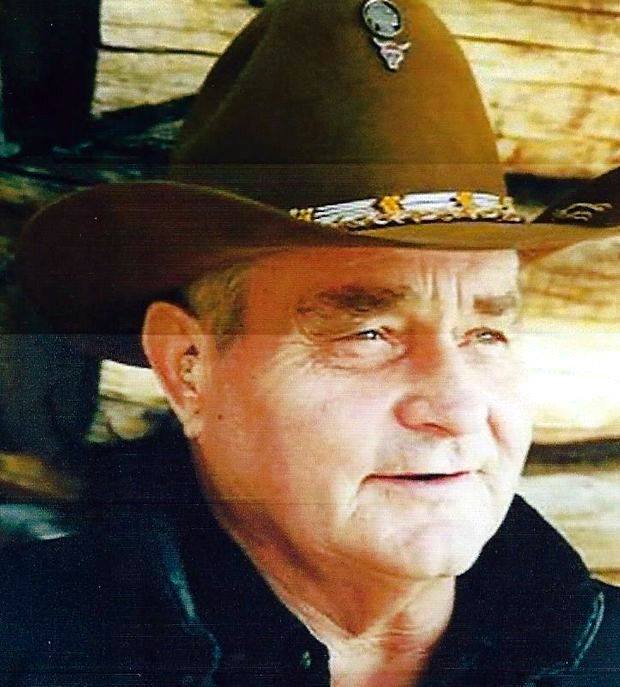 Eventually the BLM job became political, and Dad decided he would look elsewhere to continue to provide for his family, while continuing to work the land and animals on the family farm.  His skills had been noticed by a very nice man, the Carbon County Sheriff.  Sheriff Eichler payed Dad a visit and asked him to consider being his Deputy Sheriff.  This would be a completely new endeavor, but he definitely knew right from wrong, good from evil and abided with all laws.  This was something new and worth consideration.  We had a number of family discussions as it would mean that he would be away from the family many evenings, weekends, or whenever duty called and we would have to step up to the plate to handle the farm work and chores.  We would also have to be known as "Cop's Kids".  He decided to accept the position and started another chapter.  This one was quite a challenge.  Dad's responsibility was the entire Carbon County.  The county extended from the Wyoming state line to the Beartooth Mountains and included much of the Crow Indian Reservation.  Dad accepted the responsibilities, working very hard to uphold the law, doing so without making enemies.  There are still individuals today that tell me the impact my Dad had on them as teenagers ~ teaching them in a stern but loving, jovial way the dangers and consequences of under age drinking and driving, and also fighting amongst each other.  Dad had the ability to enter a situation at the level it was, evaluate and work with it immediately.  His job was very diverse, from breaking up the riots between motorcycle gangs in Red Lodge and Cooke City in the early 1970's, to being the local coroner and its duties, also searching for lost people in the Beartooth Mountains and solving murders.  Times were tough but Dad never lead on that it was difficult holding multiple jobs in order to provide a living for his family.  He prevailed and did so with dignity, courage and humor.  After Sheriff Eichler's multiple terms, Dad finished out his retirement working on the Carbon County Road Crew.

This amazing man was "called home" the fall of 2013.  His work on earth was complete, although I certainly would love to have him still with me, I know he is right beside me every step of the way through this thing called "life".  I strive each and every day to be more like my Dad in every way.  From hard work, honesty, integrity to compassion, understanding, loyalty, and unconditional love... these are the traits I live by.  My Dad was my Hero.  I am forever grateful that God chose me to be his daughter and I will be forever honored to be by his side when God calls me home. 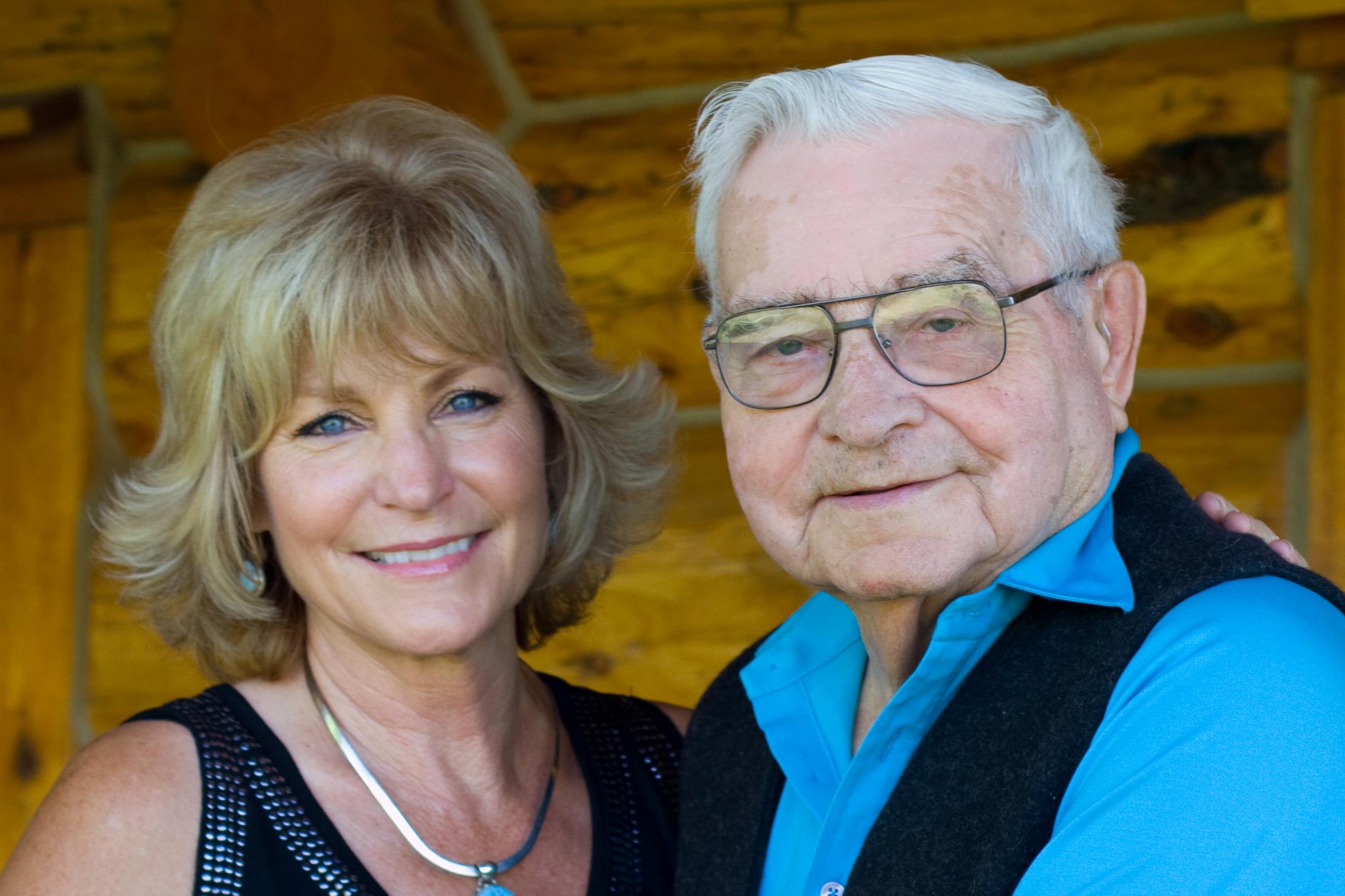 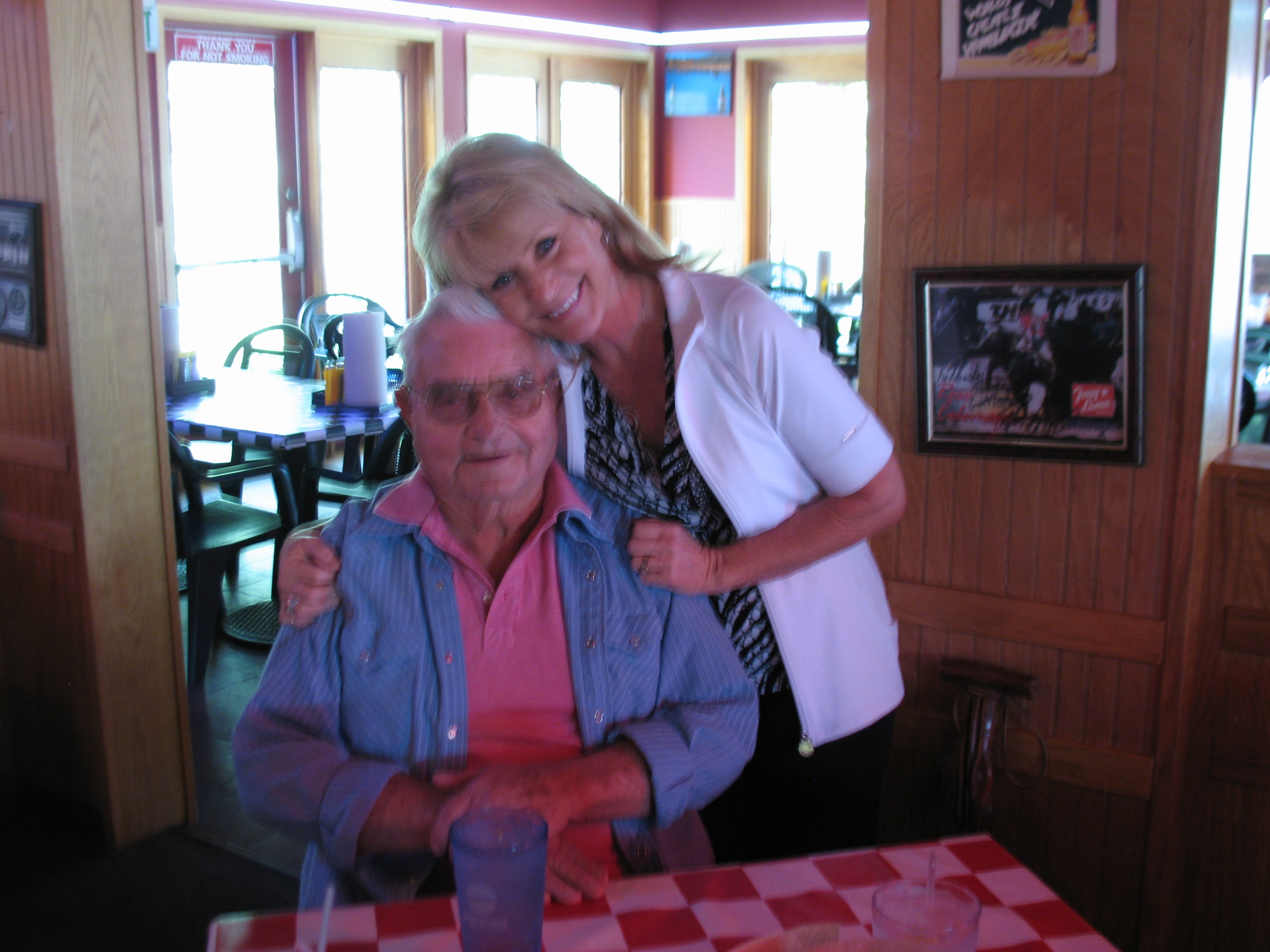 As a Realtor/Associate Broker, mother, wife and friend ~ I strive each and every day to do the right thing and be the example for others to follow.  I attribute the majority of who I am today and who I will be tomorrow to my father that loved me and my Montana roots. 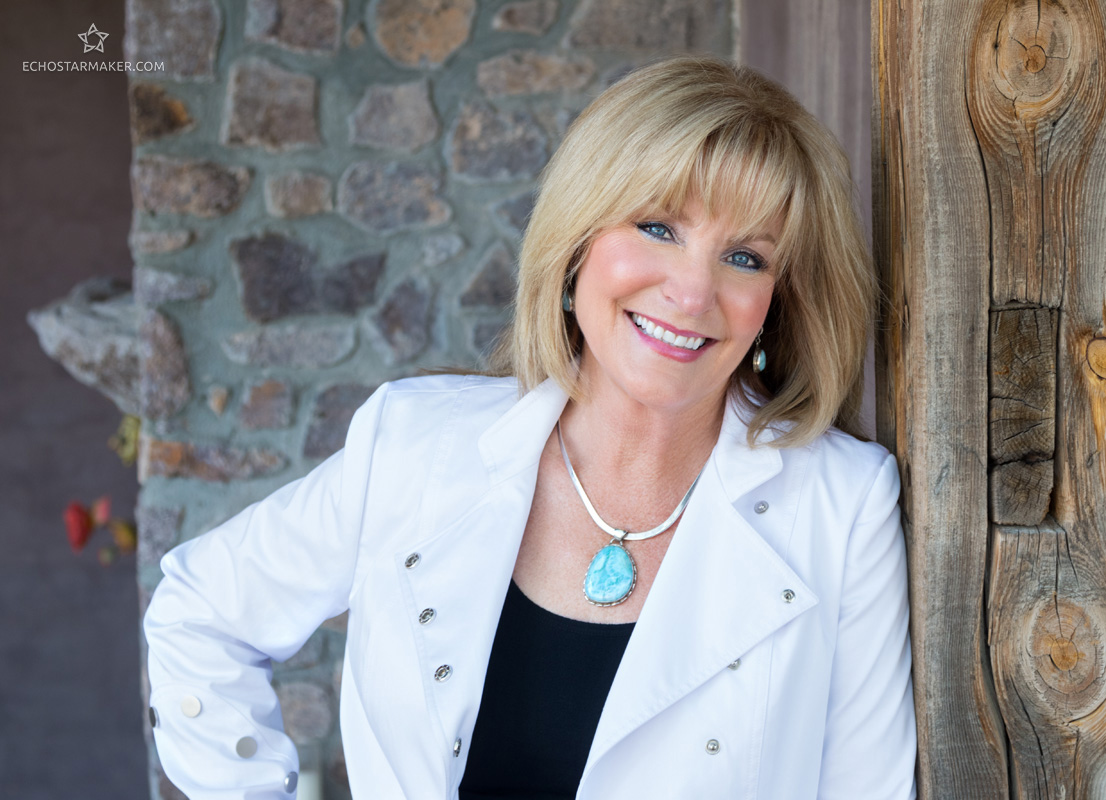