There is a great new listing in the town of Kinnelon NJ - 19 Hearthstone Drive!

This home offers so much in a fantastic location.  You will love the lifestyle this home gives you:  A great open flow for entertaining with room for your guests to visit out on the deck and patio and plenty of room for your family.

Looking for a separate space for friends and family to visit?  The lower level has easy access to the driveway and complete with a full bath, room for a sitting area and a sleeping area in the family room and adjacent heated sunroom. 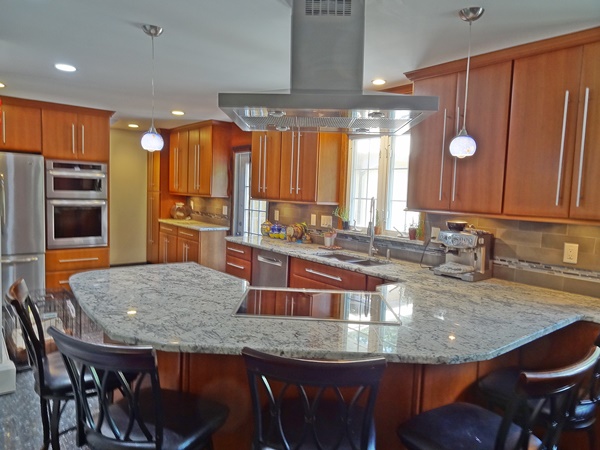 This is a modified ranch home that has been updated and expanded.  A second floor Master Suite has been added, complete with an office and luxury bathroom, walk-in closet and additional storage. The home totals 4 bedrooms and 3 full baths, one on each level of the home.  The main floor has the kitchen, sunken living room and dining area, as well as, three bedrooms and a full bath [soaking tub and Jacuzzi brand stall shower with steam]. 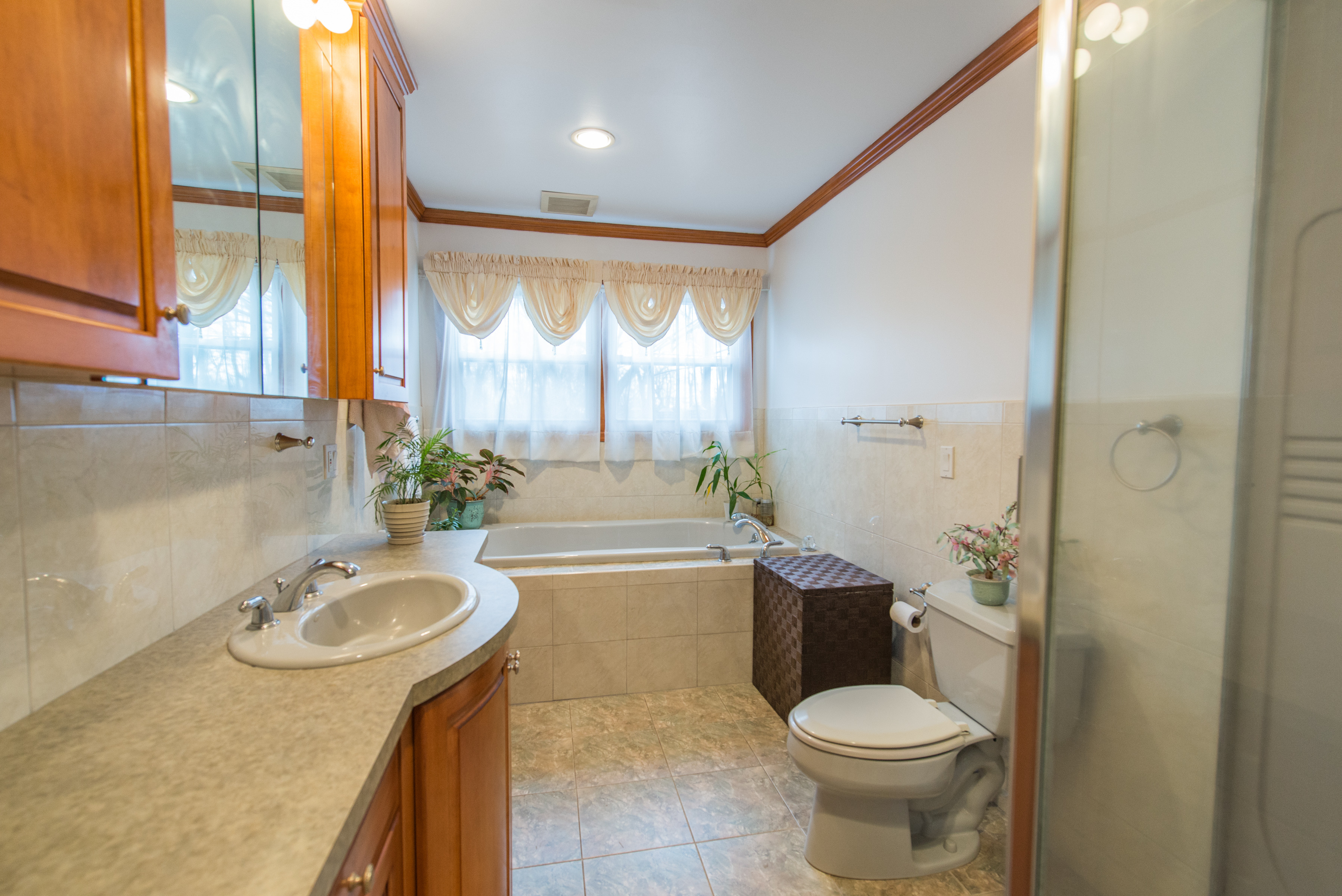 Access to the deck is right off the kitchen and so convenient!  Downstairs is a marble-floored family room with a brick fireplace and wood burning stove insert and sliders out to the vaulted ceiling Sun Room, which is heated for year around comfort. Perfect for visitors! That Sun Room steps out to the patio and level back yard.  The lower level also features storage, laundry, a full bath and access to the attached 2 car garage.   Across the driveway is an additional garage, over-sized to fit a commercial truck and store anything you need. Some of the other features include beautiful front doors, granite and wood floors, large windows, plentiful closets. 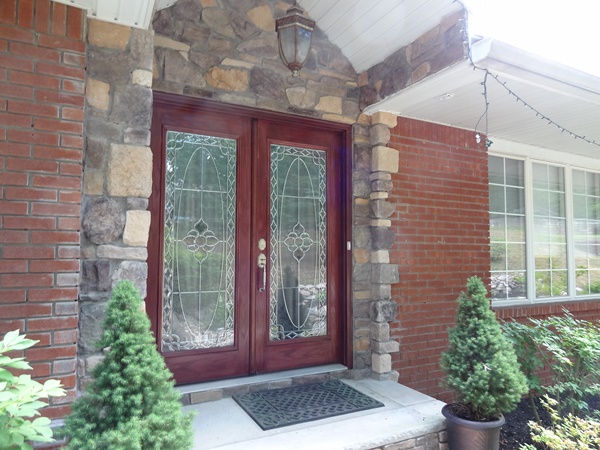 Hearthstone Drive is just off of Kinnelon Road and Ricker Road and minutes from the shopping on route 23 and a short drive from the award-winning schools.  This property is adjacent to the pristine woods of the Weber Tract and affords you peace and quiet, while remaining convenient. 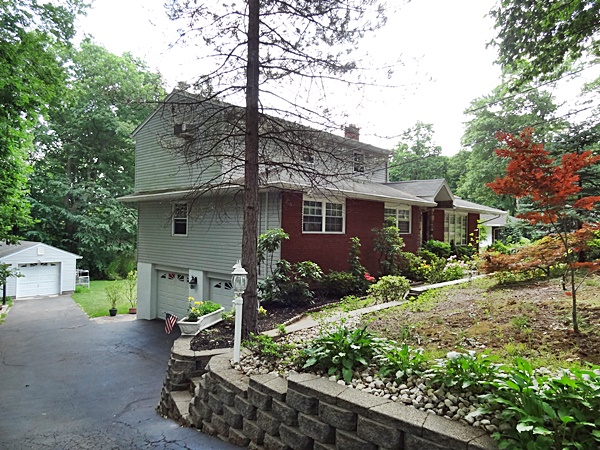 “Leaders should influence others in such a way that it builds people up, encourages and edifies them so they can duplicate this attitude in others.” Bob Goshen 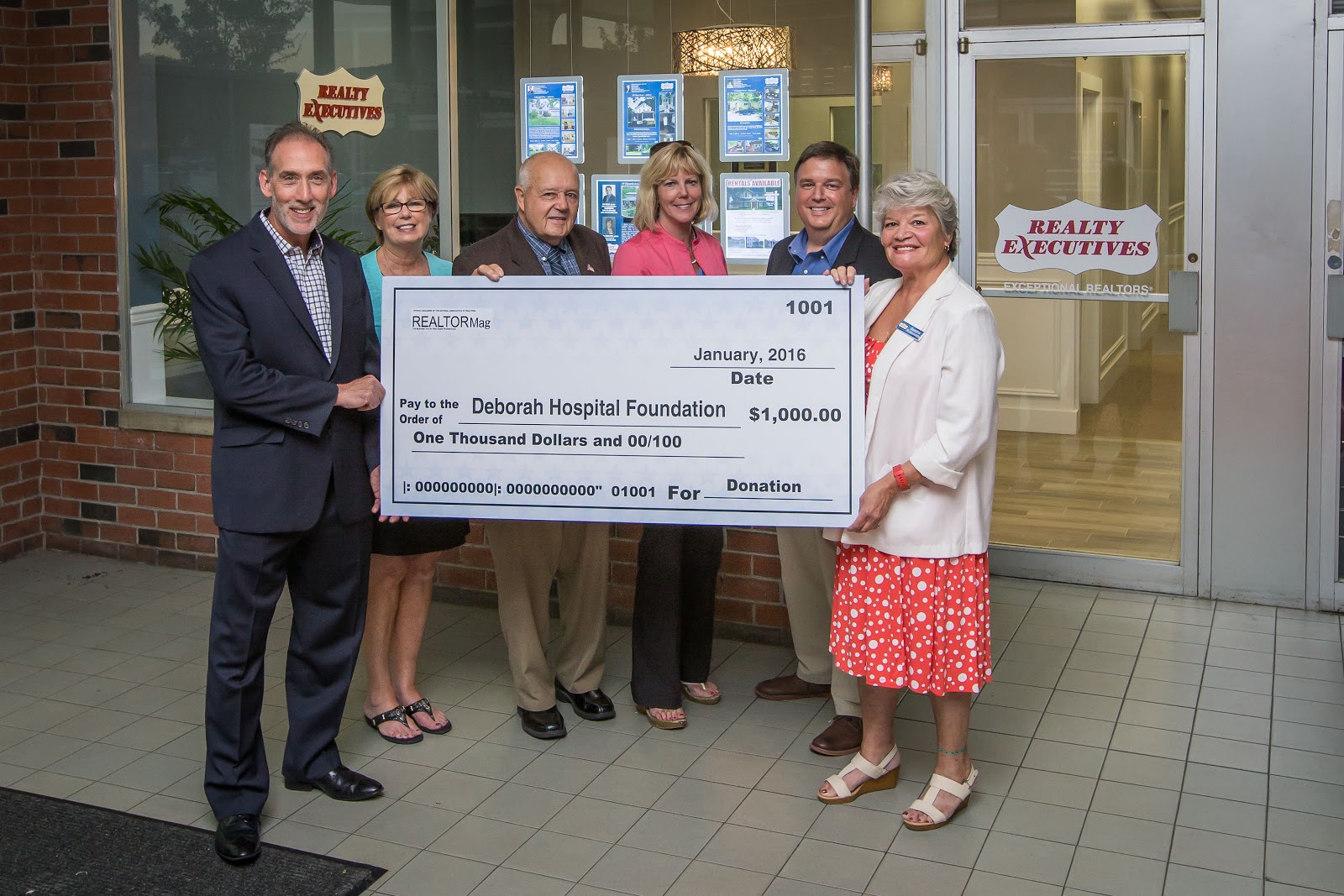 True leaders inspire us to do great things.  Matchup one successful leader with another and the possibilities are endless.  This is exactly what the National Association of REALTORS® Volunteering Works award aims to achieve, as it annually awards grant money to select REALTORS® who work on small-scale charitable programs and connects them with a mentor who can help them amplify their efforts, often inspiring new goals and direction.

In 2015, Executive Sandy Rubolotta of Realty Executives Exceptional Realtors® Pompton Plains, in Pompton Plains, N.J., was just one of five national recipients to receive the 2015 Volunteering Works award for her work with the Deborah Hospital Foundation Greater Pompton Area Chapter.  Deborah Hospital is a facility that treats patients regardless of their ability to pay.

As part of the award, Rubolotta was paired up with Dave Philp who has worked for decades with the Ridgeview Medical Center in western Minneapolis and brings extensive fundraising expertise to the mentoring relationship.  As for the results?

“His words are clearly engraved in my memory and I think of them often. ‘Make your fundraisers into FRIENDRAISERS, and the funds will follow.’ This is my new philosophy,” Rubolotta says.

Rubolotta utilized the awarded funds to promote charitable events on social media and in other public outlets.

“We have promoted our events using our website, banners, posters, direct mailings and networking through our National Headquarters at the hospital. The director of support services has informed me that we are slowly becoming a regional chapter,” Rubolotta explains.

As a result, several new members have been referred to Rubolotta through neighboring chapters, and volunteers participating in local fundraisers have also joined the Greater Pompton Area Chapter.  This has brought new energy and ideas to light.

One of which is the Sudden Cardiac Arrest Screening Program, a new project primarily for teens between the ages of 12 and 18.  Sudden Cardiac Arrest takes the lives of 24 children per day in the target age group, and Rubolotta’s chapter is spearheading a major initiative to bring a team of Deborah’s cardiac specialists and specialized equipment up to North Jersey to make a difference.  The goal is to kick the program off in 2017 and screen some 300 student athletes for free.

Those looking to support the Deborah Hospital Foundation don’t have to wait for next year to get involved.

“It has always been our goal to bring awareness of Deborah’s mission to North Jersey because the hospital’s offerings are largely known only to those below the Driscoll Bridge, although the free services are open to all.  We are creating an ad journal, targeting support from businesses and professionals, to highlight the wonderful work of Deborah Heart and Lung Center and raise awareness of the screenings and other free programs,” Sandy explains.

The ad journal will debut on December 1, 2016, at the chapter’s Theater Gala 2016, which will be held at the Barn Theatre in Montville, N.J.  Tickets for 9 to 5 The Musical based on the iconic movie of the same name are now available.

Having once been a grateful and unexpected recipient of Deborah’s services herself, Sandy Rubolotta takes great joy in knowing that her chapter’s efforts may be instrumental in preventing the untimely death of a young person.  “My commitment to this wonderful and unique hospital is a lifelong mission,” she says.

Gorgeous 4th floor Inkberry outside corner unit with LOFT is a Quiet Oasis with a View. The Grande is your private retreat: relax, refresh & recharge with pool, tennis & workout.  Spacious gourmet kitchen, gas fireplace, balcony, loft, vaulted ceiling. Want more space? Loft unit gains you an extra room. Enjoy the Grande's amenities: convenient location, 2 clubhouses and 2 pools nearby, yet this is a quiet, top floor location with minimal neighbors. Light, bright, and clean. Beautiful stylish kitchen: dark granite, 42" cherry cabs; 2 story living room, dining room, balcony. Large storage closet in loft. Both bedrooms have walk-ins with custom shelving. Under building assigned parking space plus additional common parking lot. Approximately 1433 square feet, including the loft space, but seems large due to vaulted ceilings.  Please note that there are absolutely NO PETS allowed, no satellite dishes allowed and there is no on-site laundry. Cable TV is available.
All information is deemed reliable, but not guaranteed.  ***All rooms sizes are approximate.
Location:

Rental Requirements:
You need a total of 3 1/2 months rent to rent this apartment:  1 month's rent in advance, 1 1/2 month's rent for the security deposit and 1 month's rent for the Realtor fee.
Utilities:
Tenants are responsible for all utilities [electric, gas, water and sewer, and if wanted, telephone and cable TV]. Water/Sewer bill is payable to the municipal authority, who can estimate an average quarterly bill, depending on usage.  [If you left the water running, accidentally, your bill would be higher.]  Electric and gas bills are payable to those utility companies.  You would need to set up an account at each utility; landlord will provide names and numbers at lease signing.
About Pets:
Sorry, pets aren't allowed in this unit. By " no pets", this means no pets of any kind: cats, dogs, birds, fish, etc, big or small, young or old. We love pets and are sure you love pets, too. If you need help locating a home that allows them, please ask for help.  Please don't dump your pets, even if it is at a shelter.   Take good care of them, you mean the world to them.
Available after September 7th, 2016
The current tenant has given notice they are leaving at the end of August and the apartment will be available shortly after that.
Rental Process:
The landlord is looking for a very good credit rating, employment verification and clean quiet tenants that will treat their unit well.
The process to rent the apartment is this:

1. Schedule a viewing to see if you like the space.
2. Fill out the required paperwork: tenant application, information release, [which enables me to share your information with the landlords] and a credit check request .  The     links for these forms are below.

3. Once these forms are returned to us, we will process the background check, which takes 24-48 hrs.
4. The information will be submitted to the landlord and they will decide if they will schedule an interview with the prospective tenant based on the information in the application and background check.
5. After the interview, you should have an answer from the landlord in the next 24-48 hrs whether they are accepting the tenant.