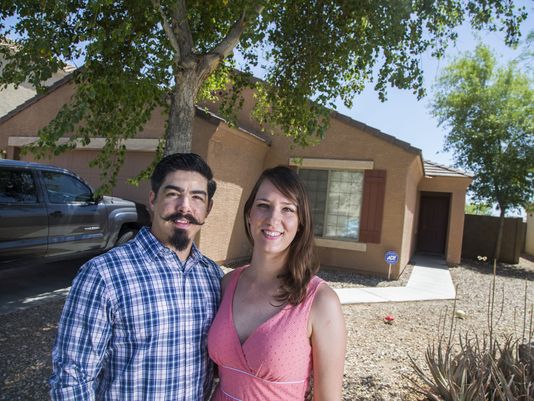 Home prices in many metro Phoenix neighborhoods could finally fully recover from the crash this year, or at least get very close.

Last year was much better for rising home values in the Valley than 2014, according to Street Scout Home Values, an annual analysis of metro Phoenix’s housing market done with The Information Market.

Home prices in a lot of Valley neighborhoods, particularly the most affordable areas and those closer in, are climbing faster so far this year.

Many of the Valley's farthest-flung suburbs suffered the most during the crash. Many new homes in those areas were built and bought at the peak, foreclosed on during the crash and sat empty for years.

But now, metro Phoenix's edge suburbs are finally recovering as rising home prices closer in are driving more buyers farther out to find homes they can afford.

“This is the most normal market we have seen in the Valley since before 2005,” said Kevin Johnson of RE/MAX Renaissance Realty in Goodyear.

“It feels pretty good, and I don’t think there’s another shoe to drop.”